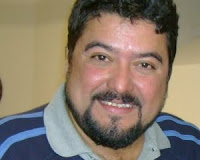 Palestine will undoubtedly again be the center of attention at the United Nations' upcoming General Assembly, as in the days when Yasser Arafat would arrive in New York City to make the case for the Palestinian struggle before that international body. Already, you can start to feel a climate of "arm twisting" taking hold, especially against the poorer and weaker member nations. In response to President Lobo's announcement that Honduras will now support Palestine's bid to join the UN, the current Israeli Ambassador to Honduras, Eliahu López, yesterday referred to the policy as "a stab in the heart of Israel". This view, however, only serves to demonstrate Israel's confusion and short memory of who has inflicted damage on who, and who has had to endure the pain.

Ambassador López has already forgotten that if any nation has stabbed another, it was Israel, when it participated directly in the coup d'état in Honduras.

Just a few days after Manuel Zelaya was overthrown on June 28, 2009, Venezuelan Congressman Adel El Zabayar revealed reports implicating Israel's Mossad intelligence agency in the conspiracy to remove the Honduran president. He stated, "There is strong military participation [by the Mossad] from the standpoint of equipment and espionage."

Now that is truly a stab, if we take into account the fact that the coup left many Hondurans dead, hurt, gassed, expatriated, and exiled. It also caused the near-collapse of Honduras' economy and the country's isolation in the world. And all these are not things of the past. The Honduran people are still having to deal daily with the damaging consequences of the coup. Therefore, those who were involved (both inside and outside of Honduras) in this barbarism are complicit in the stabbing of the Honduran nation.

But the Lobo government's decision to back Palestine is not a case of an eye for eye. It has nothing to do with stabbing back. The issue of Palestine and Israel is an international matter because the stability of the world is closely tied to the situation in the Middle East. Finding a peaceful political solution to this conflict is not only the responsibility of Israelis and Palestinians, but also that of anyone who is concerned about human rights and the preservation of our planet.

The truth is that if Israel really wanted peace, it would not oppose recognition of Palestine as an independent nation. This would contribute to helping negotiate a permanent peace between the two countries, with the commitment and oversight of the international community.

Supporting Palestine in its inalienable right to become a nation and assume its place within the UN does not signify being an enemy of Israel, but rather a friend of peace. (8/4/11) (photo of the "Screamer" sonic canon provided by the Israeli Army courtesy La Tribuna)
alt

Note: The author is a Honduran novelist living in New York. He has written numerous books, including "The Big Banana", "Never Through Miami", "When the Road is Long Even Slippers Feel Tight", and "The Ships". He also writes regularly for El Tiempo newspaper. His column reflects his own views and not necessarily those of Honduras Weekly.