International League of People's Struggles Meets in the Phillipines 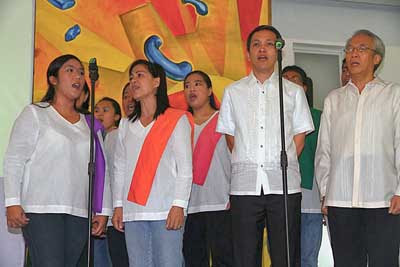 We live in a global economy dominated today by U.S. and West European banks and corporations. Decisions made on Wall Street devastate the lives not only of workers in the United States but of hundreds of millions of people around the globe. It will take a worldwide movement to break their power.

That is why more than 60 people from the United States were among 430 activists from 43 countries who went to the Fourth International Assembly of the International League of Peoples’ Struggle, held July 7-9 in Manila, capital of the Philippines.

Activists came from Senegal and South Korea, from Egypt and Indonesia, from Greece and Guatemala, from Venezuela and Malaysia. They were trade unionists and migrant workers, peasants and farmworkers, Indigenous people, youth and students, health workers, teachers, lawyers, human rights defenders, researchers, scientists and technologists, artists and journalists, environmentalists and fighters for the rights of women, lesbian-gay-bi-trans people, children and the elderly.

They came together from six continents around the theme of “Build a bright future! Mobilize the people to resist exploitation and oppression amidst the protracted global depression, state terrorism and wars of aggression!”

They faced many obstacles. Some were denied entry by the U.S.-backed government of Benigno Aquino III. A Palestinian delegate, Dr. Yusuf Habash, was denied an exit permit from Palestine by the Zionist occupation regime.

The Philippines was a fitting place for the gathering. The Filipino people have long been on the front lines of the fight against U.S. monopoly capitalism.

U.S. imperialism made its advent on the world stage in 1898, when U.S. troops invaded the Philippines, Puerto Rico and Cuba. That invasion came on the heels of the betrayal of Reconstruction in the U.S. South, the massacre of Native people at Wounded Knee, and the hanging of leaders of the eight-hour-day movement of workers in Chicago.

More than 1 million Filipinos were massacred by the U.S. Army in that brutal war of conquest. U.S. corporate interests have dominated the Philippines since that time, reaping super-profits from the low wages of Filipino workers.

As a result, tens of million of Filipinos live below the poverty line. The assembly participants saw the desperate conditions of many Filipinos in visits to farm villages, Indigenous communities in the mountains and poor urban neighborhoods.

Mass struggle is the only solution

But we also witnessed that the Philippines is home to a powerful mass movement of workers, farmers, the urban poor, Indigenous people and students fighting for social change and against U.S. corporate power. This movement, united in the New Patriotic Alliance, or BAYAN, played host to the Fourth International Assembly.

A militant fighting tone pervaded the FIA. It was set even before the first session, when protesters battled police outside the U.S. Embassy on July 4.

All the resolutions, action plans and the general declaration of the assembly agreed that mass struggle is the only answer to the global capitalist crisis of overproduction, which is ravaging people’s lives in both exploited and exploiting countries and is driving imperialist wars, like the one against Libya.

The assembly documents may be found at www.ilps.info.

Bill Cecil attended the Fourth International Assembly of the ILPS as a delegate from the International Action Center in the United States.
at 4:10 AM