Capitalism and Self-Esteem: The Psychology of Oppression

A new breakthrough in modern psychology has been discovered by the mainstream voices of modern finance capital: “Youth like themselves too much!”

At first, I figured this was only a talking point of the far right-wing. For example, Sarah Palin’s book contains a section about how the bad performers on “American Idol” are victims of a “self-esteem movement” that never allowed them to see how bad they were.

Glenn Beck’s rant at the Conservative Political Actions Conference (CPAC) included a tirade against how “every kid gets trophy, no matter what.” The rant also included him stating that his abandoning of drug use was because he was “allowed to fail” in order to see how the drugs weren’t helping him. 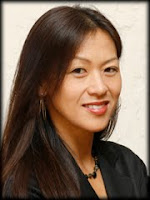 But then, I saw the liberal economist Amy Chua, with her new autobiographical memoir, in which she dubbs herself a “Tiger Mom” mouthing such things as well, and getting praise from Bill Maher, a figure who now is attempting to call himself a “socialist.”

What is the essence of this new, non-research based psychological argument, being thundered from the various pulpits of capitalist punditry, as if it is the undisputable truth?

The means of punishment, “correction”, and other hardships facing youth, have been greatly reduced. The result is that young people have no desire to achieve, because they have never been confronted with punishment or disapproval from parents, educators, and society.

The reality of this generation points to the opposite.

One of the number one illegally used drugs on college campuses is Adderol. Adderol, it should be noted, does not induce a “high.” Adderol, marketed as a prescription drug for ADD and ADHD, is used in order to enable its users to spend days without sleep. It is used by college students to stay up for days prior to tests and examinations.
This is hardly a lack of “desire to achieve.”

In the public schools, youth face all kinds of opportunities to fail. They have a standardized test nearly every year, which their teachers, whose jobs depend on the results, are happy to work them up into a panic over.

This allegedly overly self-loving generation has produced numerous instances of murder-suicide such as Columbine and Virginia Tech. Do people crack and begin randomly murdering their peers at rates historically unheard of because they love themselves far too much? Is mass murder a side effect of overconfidence and lack of pressure?
Compared to the rest of the western world, the U.S. is far “ahead” in terms of means of punishment and other methods of making youth feel like they have failed.

Additionally, not a single U.S. state has ever dared infringe on parents ability to do so, and statistics show that something like 80% of U.S. parents are frequently hitting their children as punishment. This is far more constant reminder of failure than any other “western” country. (http://www.corpun.com)

Are child beatings on a scale unheard of in the rest of the western world a cause of increased confidence?

If youth have too much self-esteem, why are they prescribed anti-depressant drugs at a rate higher than any generation prior?

How much “self-esteem” do the millions of youth, higher than any generation before, locked up in prison feel? The reality of daily strip searches, confiscation of personal property, exposure to rape and constant brutality by guards, and lengthy periods in solitary confinement is hardly the kind of thing that creates “self-esteem.”

I wonder if walking through a metal detector on your way to “learn” each morning is conducive to self-esteem? Or what about having police officers, who the ACLU reports frequently “curse at students” and “confiscate lunches”, is conducive to thinking one has no need to advance and is “special.”

The Psychology of Resistance

It seems very apparent what this capitalist war on self-esteem is rooted in.
As capitalism is in a global meltdown, a world of low-wage jobs, poverty, and a huge police state is being cemented as what has been dubbed: “the new normal.”

All across the world, in places like Spain, Britain, Greece, etc. it is the youth who are on the vanguard of the fight against these conditions.

Youth everywhere are saying what was said by generations before who refused to be sent to Vietnam, or took over their factories in Sit-Down strikes, or filled streets with barricades and red flags. They are saying loudly “we deserve better than this!”
Saying such a thing requires self-esteem. It requires the basic knowledge that the conditions created by modern capitalism are unworthy of any human being, themselves included. It requires knowledge that in fact, you have value, and are not deserving of a lifetime of unemployment, misery, and such.

So, naturally, the powers that be have pointed their cites at the evil of “self-esteem.” To achieve their goals, universal self-hatred must be accepted, and built-in to the psychology of every working class victim of their system.

So, this gives revolutionaries a new, psychological task. It is Communists who now must take up the banner of reminding the workers of the world, youth most definitely included, that this world of prisons, unemployment, police, endless wars, and other horrors is not something they must accept.

It is something that is built into the capitalist system. But because we are humans, with dignity and value, we are most definitely “entitled” to something. We are entitled to overthrow it!
at 11:05 PM

Thanks for writing this up. It breaks down what is, frankly, bullshit that treats youth as one monolithic group, as if we aren't also poor, working-class, women/girls, gender-non-conforming, racialized, queer or trans, or people with disabilities. Marginalized youth are subjected to incredible systemic violence, unemployment and underemployment, and vicious policing. Sorry, but who's been coddled, exactly?