New York Times on the death of Joan Hinton, U.S. Defector and Marxist-Leninist 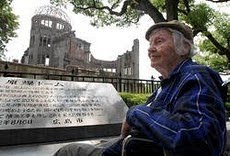 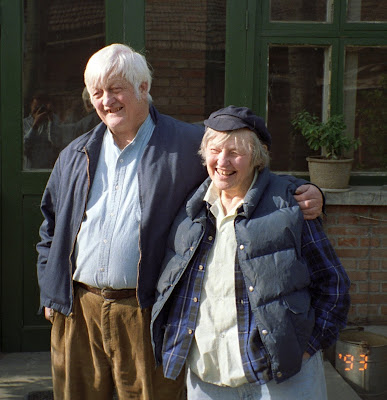 Note: She was the brother of Bill Hinton, author of "Fanshen", "Turning Point in China", and other key works of Mao Era Journalism.

Joan Hinton, Physicist Who Chose China Over Atom Bomb, Is Dead at 88
By WILLIAM GRIMES

Joan Hinton, a physicist who worked on the Manhattan Project, which developed the atom bomb, but spent most of her life as a committed Maoist working on dairy farms in China, died on Tuesday in Beijing. She was 88.

The cause has not yet been determined, but she had an abdominal aneurysm, her son Bill Engst said.

Ms. Hinton was recruited for the Manhattan Project in February 1944 while still a graduate student in physics at the University of Wisconsin. At the secret laboratory at Los Alamos, N.M., where she worked with Enrico Fermi, she was assigned to a team that built two reactors for testing enriched uranium and plutonium.

When the first atom bomb was detonated near Alamogordo, N.M., on July 16, 1945, she and a colleague, riding a motorcycle, dodged Army jeep patrols and hid near a small hill about 25 miles from the blast point to witness the event.

“We first felt the heat on our faces, then we saw what looked like a sea of light,” she told The South China Morning Post in 2008. “It was gradually sucked into an awful purple glow that went up and up into a mushroom cloud. It looked beautiful as it lit up the morning sun.”

Ms. Hinton thought that the bomb would be used for a demonstration explosion to force a Japanese surrender. After the bombings of Hiroshima and Nagasaki, she became an outspoken peace activist. She sent the mayors of every major city in the United States a small glass case filled with glassified desert sand and a note asking whether they wanted their cities to suffer the same fate.

In 1948, alarmed at the emerging cold war, she gave up physics and left the United States for China, then in the throes of a Communist revolution she wholeheartedly admired. “I did not want to spend my life figuring out how to kill people,” she told National Public Radio in 2002. “I wanted to figure out how to let people have a better life, not a worse life.”

In China she met her future husband, Erwin Engst, a Cornell-trained dairy-cattle expert, who went on to work on dairy farms as a breeder while she designed and built machinery. During the Cultural Revolution, they were editors and translators in Beijing.

Ms. Hinton applied her scientific talents to perfecting a continuous-flow automatic milk pasteurizer and other machines. For the past 40 years, she worked on a dairy farm and an agricultural station outside Beijing, tending a herd of about 200 cows.

Joan Chase Hinton was born on Oct. 20, 1921, in Chicago. Her father, Sebastian Hinton, was a patent lawyer who invented the jungle gym in 1920. Her mother, Carmelita Chase Hinton, founded the Putney School, a progressive coeducational secondary school in Putney, Vt., which Joan attended and where she excelled as a skier, qualifying for the United States Olympic Team that would have competed in the 1940 games had they not been canceled.

After earning a bachelor’s degree in natural science from Bennington College in 1942, she enrolled at the University of Wisconsin, where she earned a doctorate in physics in 1944.

At Los Alamos, teams were assigned to theoretical and practical work. Ms. Hinton, assigned to practical work, piled beryllium blocks around the core of the site’s first reactor and constructed electronic circuits for the counters.

According to Ruth H. Howes and Caroline L. Herzenberg, the authors of “Their Day in the Sun: Women of the Manhattan Project,” she then helped design and construct the control rods for a second reactor.

In her spare time, she played violin in a string quartet whose members included the physicists Edward Teller and Otto Frisch.

After the war she studied with Mr. Fermi as a fellow at the Institute for Nuclear Studies at the University of Chicago and then left for China, where she met and married Mr. Engst, who had been in the country since 1946 teaching agriculture and dairy-herd management.

Mr. Engst died in 2003. In addition to her son Bill, of Marlboro, N.J., she is survived by another son, Fred Engst of Beijing; a daughter, Karen Engst of Pau, France; and four grandchildren.

During the McCarthy era, Ms. Hinton’s name surfaced as a possible spy and spiller of nuclear secrets after she spoke at a peace conference in Beijing. Rear Adm. Ellis M. Zacharias denounced her in a 1953 article for Real magazine titled “The Atom Spy Who Got Away.”

An illustration depicted her as a furtive blonde in a trench coat, taking notes as she observed a nuclear test. There was never any evidence to show that Ms. Hinton passed secrets or did any work as a physicist in China.

She and her husband remained true believers in the Maoist cause.

“It would have been terrific if Mao had lived,” Ms. Hinton told The Weekend Australian in 2008 during a trip to Japan. “Of course I was 100 percent behind everything that happened in the Cultural Revolution — it was a terrific experience.”

Joan Hinton on the collective farm she kept intact, and lived on until her death. 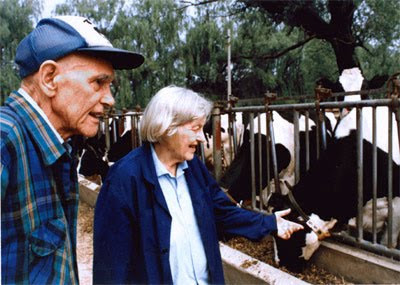