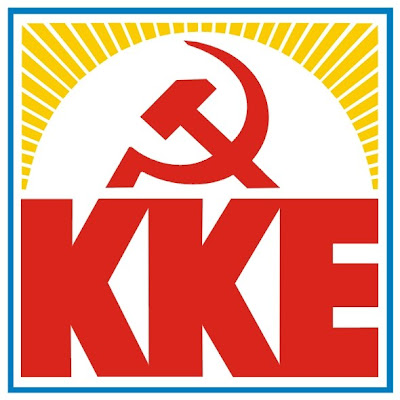 KKE denounces with horror and indignation the barbaric murderous attack of the Israeli army against the convoy of solidarity with the Palestinian people that resulted to the death of more than 10 people and to dozens of wounded.

The provocative military activity of the Israeli state is steadily supported and encouraged by the US, the EU and the other imperialist organizations. The governments of PASOK and ND are also accountable. Except from being tolerant to the Israeli attack they have also signed agreements of military cooperation organizing wide-scale joint military maneuvers.

The government must stop immediately every kind of military maneuvers and not merely the current ones and terminate all the military cooperation agreements with Israel. The ship of the navy that patrols the open sea of Lebanon must immediately withdraw.

KKE calls the Greek people to strengthen the anti-imperialist solidarity with the Palestinian people.
at 12:17 AM