NO ONE KNOWS WHERE! OWS and the Role of Communists 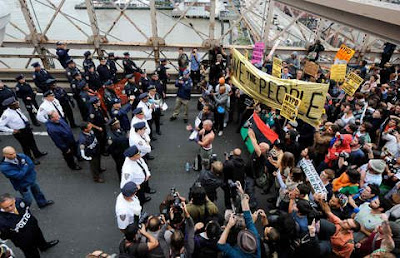 A Response to Jay Rothermel

The truest brilliance of Marxism-Leninism is not its analysis. Prior to both Marx and Lenin, an understanding of one class owning the means of production, and the other class selling their labor, existed.

Marxism-Leninism puts this understanding into a historical context, giving it a direction, understanding the laws of historical development, and how one of these classes can triumph over the other.

Leninism, specifically, is the development of the strategy and methods of achieving this goal. The brilliance of Leninism, is that it clarifies the Marxist concept of “historical inevitability.” Leninism lays forward the understanding that workers will not simply awaken one day, magically moved by material conditions to rise up and overthrow the capitalist system.

Rather, Marxist-Leninists understand that a disciplined vanguard party, made of the most advanced elements of the working class, must push the rest of their class forward, providing the leadership needed to overthrow capitalism.

Lenin pointed out that “spontaneity” cannot create a revolution. Workers will, in certain instances, develop “spontaneous uprisings.” They will confront their oppressors, but in doing so they will lack any clear understanding of who is oppressing them and why. This basic hostility, left to its own devices, without any clear leadership, will only lead to “trade union consciousness.” Only a revolutionary party can elevate it to a higher, revolutionary consciousness.

So, with this understanding, the approach to OWS currently being utilized by myself and Workers World Party, and criticized so harshly by Jay Rothermel’s Marxist Update, The Militant, Worker's Vanguard, and other Marxist publications, is correct.

Occupy Wall Street is a textbook example of spontaneity. Youth, primarily the children of the former Labor Aristrocracy and the Petty Bourgeoisie, have poured into the streets. They say “We are the 99%.” They denounce corporations and bankers in the most elementary form of pre-class consciousness ever.

Their only unifying message is “the people with all the money are screwing us over.” This is not incorrect, of course, but it is, as Marxists know, just the tip of the iceberg. 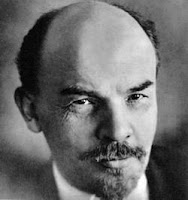 With “we are the 99%” as their rallying cry, they do battle with the New York City Police Department on a Semi-Daily basis. They seize pieces of capitalist property. They shake society. They capture the imagination of millions of working class people, who share their basic, pre-class conscious sentiments.

How Do You Influence A Mass Movement?

In New York City, I have read more leaflets, newspaper articles, and pamphlets than I count with the same message:

Its not 99% v. 1%. It’s the bourgeoisie v. the proletariat. Read Marx, kids! We Communists are so much smarter than you!

These endless screeds, most of them harshly attacking OWS, and criticizing it in an extremely condescending manner, have no impact on the OWSers. They go in one ear and out the other, with speed to equal to the Limbaugh fans who scream "get a job!" from their taxi cab windows.

They all read the same, no matter whether the Spartacist League, International Bolshevik Tendency, Socialist Workers Party, or whoever printed them.

These screeds all approach OWS in the manner Lenin approached the Socialist-Revolutionary Party or the Narodniks. They all act as if OWS is not a spontaneous uprising, but a developed opportunist political tendency. They would believe that “mathematicism” of “99% and 1%”, is a contrary ideology to Marxism with “bourgeoisie and proletarian.”

This is a fatal error. OWS is not an ideological current. OWS is a spontaneous
uprising.

Marxists should not approach “99% and 1%” with correction. Rather, they should approach it as a “fill in the blank.”

99% and 1% can be defined in any manner desired. Marxists are free to define it as bourgeoisie and proletarian.

The hostile, corrections coming from the sectarian left, are no different than approaching a striking worker who has a sign against “the boss” and saying: “You idiot! Its not the boss, it’s the bourgeoisie! Haven't you ever read 'Wage Labor and Capital!'”

The worker, with a spontaneous understanding, knows who the boss is, but not the class relationship. Does the Marxist feel he or she will gain influence by correcting the worker in a hostile manner?

Or why not join the workers picket line, chant “Kick the Bosses in the Ass!” with him, and in the process of being in the trenches, offer him a vision of a world without bosses?

The Political Evolution of OWS

In the early days of OWS, anti-Communism was very present. Those who walked with signs bearing the name of Communist groups were met with hostility. They were told “why are you trying to take this over?” "This isn't about parties, dude." They were asked “how much do the Cubans pay you?”

Furthermore, racism and extreme insensitivity showed its face. Statements flat out denying national oppression were frequent. Ron Paul’s minions and John Birch Society members walked with the protesters as brothers, while Marxists were treated with hostility.


But this has changed, almost completely.

Why has it changed?

However, thousands of youth still remain. Thousands of youth for whom this system has no future, remain in the streets, despite the rhetoric of all the “non-leaders” who tell them: “good work, now go home and vote for Obama.”

The mis-leaders are trying to crush this uprising.

But a small section of the Revolutionary Marxist-Leninist movement is still there.
OWS has gone from a movement that bragged about starting on “constitution day”, to being a movement that is calling for a General Strike on May 1st.

Among the occupiers now at Union Square, the common point of observation is “where have all the lap tops gone?”

All the liberal bloggers are gone. All the hipsters and Democratic party lackeys have vanished.

OWS has evolved to be a largely multinational grouping, no longer majority white. It has given the boot to the “professional left” of NGO funded liberals. It has either scared away or recruited their minions.

Crusty punks, Anarcho-Syndicalists, laid off middle aged workers, and straight up revolutionary activists now sit at the center of this movement.

For years the sectarian left has been proclaiming “General Strikes” as the only answer, and now thousands and thousands of youth are calling one. They are calling it on International Workers Day. They are holding a joint rally with immigrant workers and with labor unions, while demanding “No Work! No Shopping! Into the Streets!”

They have embraced the cause of Trayvon Martin as their own. The phrase “you are the 99%” is no longer chanted at the police. Instead a song entitled “You ain’t nothin’ but a bad cop!” to the tune is Elvis Presley’s classic “Hound Dog” is hurled at Bloomberg’s private army.

The 1960s anti-war movement took 5 years to evolve from the politics of Norman Thomas to those of Bernadine Dorhn. OWS has done it in several months. So, not surprisingly, Todd Gitlin has emerged.

The Role of Chris Hedges

Chris Hedges is a response to the political maturity and advances of OWS. Hedges has never been a Marxist of any type. He was bourgeois scribbler who hailed the collapse of the Eastern Bloc. During the Bush years he proclaimed that confused working class people who joined the Christian revival movement were equivalent to Brownshirts, getting him a lot of praise from the Daily Kos crowd.

Hedges, suddenly now an “Anarchist”, has demonized the Black Bloc. His favorite target is Occupy Oakland.

Because Occupy Oakland just won a union contract for the International Longshore Warehouse Union (ILWU), one of the most longstanding militant, Marxist led unions in the country.

Hedges role is to separate and divide OWS. He seeks to pull all who have been recruited into what is becoming a purely anti-capitalist struggle away from it.

He uses all the classic tricks in the book.

What here can justify such outrage?

OWS has evolved so much. The march, beginning in Union Square, of Black Nationalists, Revolutionary Activists, and others joining OWS in seizing the streets chanting “We Are Trayvon Martin!” was beautiful. Seeing the chant of “The Cops, the Courts, the Ku Klux Klan, All Just part of the Bosses Plan!” catch on was also a beautiful thing.

It is exactly what Hedges fears the most.

OWS is taking on a character that no on ever expected.

The Battle of Seattle lasted for less than three days. The Iraq Anti-War Movement consisted of numerous weekend parades, but never boiled into a general conflagration that many hoped.

Little sparks have happened during the last decade, but they fade away into nothing. Their politics never evolve, and the energy drains.

OWS breaks this pattern. OWS started on September 17th, and has not yet ended. Street fighting continues. It politically evolves. It changes, reshapes, and bursts forth in new different ways.

It is a movement which by definition can encompass every progressive and leftist demand. As Larry Holmes, First Secretary of Workers World Party said at the movements birth:

“Its like a neon sign has been put up in the sky, proclaiming to everyone ‘Rise up! Rise up!’”

The sign is still up in the sky. Its getting brighter. Like Dr. Frankenstein, the liberals, Moveon.org, and NGO forces are shaking in their shoes thinking “what have we done?”

Anna Louise Strong, the brilliant Marxist journalist and leader of the 1919 Seattle General Strike spoke of a similar situation. In her leaflet, distributed among I.W.W. and Socialist Party affiliated dock workers, most of whom joined the Communist Party which was formed several months later, summed up the sentiment all workers should express toward OWS.

Exchange “Labor” for “99%” and one will read the words every OWSer needs to hear from a comrade, close by in the trenches with them against the police:

“Labor can feed the sick! Labor can raise the young! Labor can run the world on its own, without the parasites… We are setting on a course which is headed… NO ONE KNOWS WHERE!” 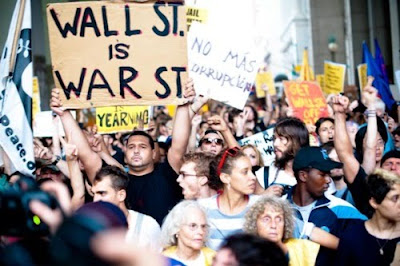 I thought that Marxists generally supported the Occupy Movement. Here are some good articles by Marxists praising the Occupy Movement or acknowledging its influence in a positive way. http://gowans.wordpress.com/2011/10/30/social-democracy-soviet-socialism-and-the-bottom-99-percent/

This is a pretty good article. Its my impression that the Occupy Movement has gotten strong support from Marxists of various stripes. Here are some good Marxist articles that either praise the Occupy Movement or at least acknowledge its influence positively.

I don't think the weathermen are a positive example. From what I have read they were petite ultra leftists.

This is a pretty good article. Its my impression that the Occupy Movement has gotten strong support from Marxists of various stripes. Here are some good Marxist articles that either praise the Occupy Movement or at least acknowledge its influence positively.

I don't think the weathermen are a positive example. From what I have read they were petite ultra leftists.

I'm sorry for the extra posts, I wasn't sure if I had posted my comments directly.