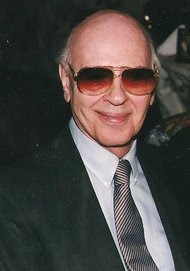 Bill Mardo, a sportswriter for the Communist Party newspaper The Daily Worker who fought major league baseball’s color barrier in the 1940s when the mainstream American news media was largely silent on the subject, died Friday in Manhattan. He was 88.

The cause was complications of Parkinson’s disease, his companion, Ruth Ost, said.

In the years before the Brooklyn Dodgers signed Jackie Robinson as the first black player in modern organized baseball, Mr. Mardo was a leading voice in a campaign by The Daily Worker against racism in the game, a battle it had begun in 1936 when Lester Rodney became its first sports editor.

Mr. Mardo, who joined The Daily Worker in 1942, oversaw its sports coverage, together with Nat Low, during World War II, when Mr. Rodney was in the Army. Mr. Mardo had a deferment, having lost vision in one eye from a childhood virus.

The Daily Worker asked fans to write to the New York City baseball teams urging them to sign Negro league players at a time when the major leagues had lost much of their talent to military service. A milestone in baseball history and the civil rights movement arrived in October 1945 when Robinson signed a contract with the Dodgers’ organization, having reached an agreement with Branch Rickey, the Dodger general manager, two months earlier.

Mr. Mardo covered Robinson’s first spring training, with the Dodgers’ Montreal Royals farm team in 1946, and wrote of the hostility toward him in parts of segregated Florida.

As Robinson was concluding a brilliant 1946 season, Mr. Mardo wrote that racism would be smashed by the arrival of black players, which, he said, “in one fell swoop does as much to arm and educate the American people against this monstrous lie as do all the pamphlets in the world.”

After Robinson’s debut with the Dodgers in 1947, Mr. Rodney and Mr. Mardo called on the owners of the other 15 teams in the majors to sign black players.

Rickey had not acknowledged being pressured by The Daily Worker. But in recounting the campaign to shatter baseball’s color bar, Arnold Rampersad wrote in “Jackie Robinson: A Biography” (1997) that “the most vigorous efforts came from the Communist press, including picketing, petitions and unrelenting pressure for about 10 years in The Daily Worker, notably from Lester Rodney and Bill Mardo.”

Mr. Mardo was born William Bloom in Manhattan on Oct. 24, 1923. His interest in left-wing politics arose when he read a copy of The Daily Worker as a teenager, and he became a member of the Communist Party. He changed his name to Mardo as a tribute to his sisters Marion and Doris when he began his career in journalism.

Apart from reporting on baseball, Mr. Mardo wrote a boxing column for The Daily Worker, “In This Corner.” He left the newspaper to work as a Washington reporter for the Soviet news agency Tass in the early 1950s. He later worked in direct-mail advertising.

His marriage in the 1950s ended in divorce, and he had no children.

In April 1997, Mr. Mardo and Mr. Rodney (who died in 2009) spoke at a symposium at Long Island University’s Brooklyn campus marking the 50th anniversary of Robinson’s debut with the Dodgers.

Mr. Mardo noted that Rickey had not signed blacks when he ran the St. Louis Cardinals for more than two decades and suggested it was not idealism but pressure from black sportswriters, trade unions and the Communist Party that persuaded him to sign Robinson.

“Where were you looking all those years, Mr. Rickey?” Mr. Mardo said. “Istanbul? The South Seas?”

But on April 10, 1947, when the Dodgers announced they were bringing up Robinson from Montreal, Mr. Mardo, sitting in the Ebbets Field press box, could only exult.

“There’s time tomorrow to remember that the good fight goes on,” he wrote for the next day’s Daily Worker. “But, for today, let’s just sit back and feel easy and warm. As that fellow in the press box said, ‘Robinson’s a Dodger’ — and it’s a great day, isn’t it?”
at 5:58 AM