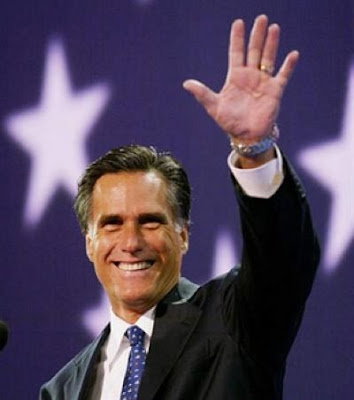 1. President Obama hesitates far too long before giving Wall Street bankers everything they ask for. As a man of action, I will not hesitate.

2. Although I’m not quite the reactionary, racist bigot that Sarah Palin is, I’m enough of one.

3. In Massachusetts I stood up to the health care industry and only did 98 percent of what they told me to do.

4. My God, someone has got to stop the unions — aside from Wall Street, the corporate media, the cops, the courts and, if necessary, the National Guard. I can be that someone.

5. I will cut all entitlements. But since the bank CEOs weren’t really entitled to their multibillion-dollar bonuses in the first place, these aren’t entitlements and shouldn’t be cut.

6. We’re fighting too many wars! Instead of waging wars against Libya, Iraq and Afghanistan, my administration would just wage one general war against workers and oppressed here and abroad.

8. I think that Medicare for seniors should be replaced by a program that recognizes that, no matter what we do, death is inevitable.

9. Taxes should be from earned income. Since the super-rich don’t actually earn their income, it shouldn’t be taxed.

10. Jobs? The problem with unemployment is that wages are too high. I’m not exactly saying we should go there, but there was full employment under different forms of slavery, wasn’t there?