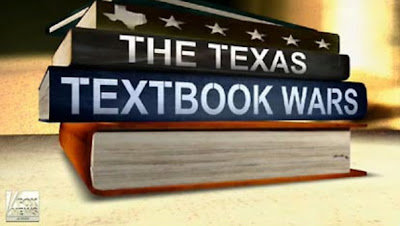 Following are excerpts from a talk by Teresa Gutierrez, Workers World contributing editor and co-coordinator of the May 1 Coalition for Worker and Immigrant Rights, at a May 22 Workers World Party forum in New York City.

The Texas State Board of Education began a campaign a few months ago of proposed revisions to the Texas social studies curriculum. Discussions ranged from whether President Ronald Reagan should get more attention (yes); whether hip-hop should be included as part of lessons on culture (no); and whether Confederate president Jefferson Davis’ inaugural address should be studied alongside Abraham Lincoln’s (yes).

This could all result in removing mention of Ted Kennedy and César Chávez in favor of new entries on the National Rifle Association and Phyllis Schlafly, an anti-gay and anti-feminist crusader. State standards will mandate that lessons include causes and key organizations of the conservative movement, including the Contract with America, the Heritage Foundation and the Moral Majority.

On May 21 the right-wing changes were approved as the State Board of Education voted 9-5 for the curriculum that will shape history books for Texas public schools. Black and Latino/a members of the board were angry and rightly so, as they said the changes “glorify white America’s role in history” while avoiding the issues of racism. U.S. “imperialism” changed to “expansionism,” and all references to “capitalism” have been replaced with “free enterprise,” which is mentioned more than 80 times.

The partisan board has amended or watered down the teaching of the Civil Rights movement, the U.S. relationship with the United Nations and hundreds of other items. Among other things, the standards state that students must “discuss alternatives regarding long-term entitlements such as Social Security and Medicare, given the decreasing worker to retiree ratio.” Don McLeroy explained that institutions like the U.N. undermine U.S. sovereignty. Among the changes, students would be required to learn about the “unintended consequences” of Title IX, affirmative action, and the Great Society.

The board proposed referring to the slave trade as the Atlantic triangular trade, but that did not prevail. Students will also now learn that the Civil War’s emphasis was over states’ rights, with less emphasis on slavery.

There are four million children in the Texas public school system, making it the second-largest market for textbooks in the country. As a result, changes to the Texas curriculum are likely to impact other states as well.

Articles copyright 1995-2010 Workers World. Verbatim copying and distribution of this entire article is permitted in any medium without royalty provided this notice is preserved.
at 9:25 PM