Support the Whitby Defendants on Tuesday! 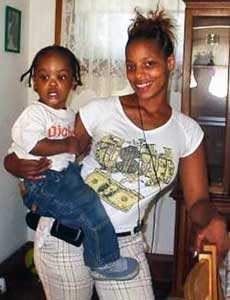 If it goes forward as scheduled, Rebecca Whitby and her mother, also named Rebecca Whitby, will be in court this week in front of Judge Kathleen Ann Sutula in Room 23-B of the Justice Center, starting Tuesday, June 1, at 8:30 am. The jury has not yet been selected and the trial is expected to take three days but your attendance in the courtroom provides greatly appreciated support for as much of that time as you can be there.

To keep the issues in the public eye, we will rally briefly at Cleveland City Hall starting promptly at 8:00 am on Tues., June 1. Please try to arrive 10-15 minutes early so we can begin on time. We will be marching to the Justice Center and rallying there until 8:25 am so that we can get through security in time to get to the 23rd floor.

On the following day, Wed., at 12:30 pm we will hold a press conference on the steps of the Justice Center. If you have any special media relationships, please contact these individuals and express to them the importance of the Whitby cases. Let them know that there is an overlap between the police officers who were at the Whitby's house in April 2009 and the police officers who used excessive force on Collinwood High School students on May 13. Since some media outlets demonstrated varying degrees of integrity and interest in the coverage of the Collinwood HS incident, maybe we can interest them in another example of the entrenched police problems in Collinwood. Note that the unprovoked brutality in the Whitby case was also directed at a young Black female quite a bit smaller than the white police officers.