Wisdom From Lenin: "What Is To Be Done?" 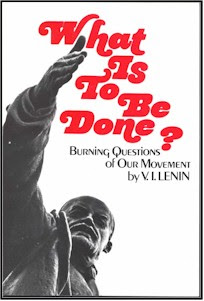 One of the most important texts in the history of the socialist and communist movements is the book “What is To Be Done?: Burning Questions For Our Movement” by V.I. Lenin.

The book was written in 1902, and became one of the defining texts that distinguishes the difference between “revolutionary socialists”, now called “Communists” and “economists” now called “social-democrats.”

At the time of the books publication, Eduard Bernstein of the German Social-Democratic Party was leading the international Marxist movement. Bernstein and his followers championed a slogan called “Freedom of Criticism.” What the slogan meant was that the teachings of Marx needed to be "criticized" by the world socialist movement, and eventually revised to be more current and more applicable to the modern situation. 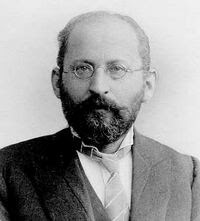 Bernstein argued that in a democratic capitalist state, where the right to vote is granted to all, the government becomes a neutral entity that can serve either the capitalists or the workers. In modern Germany, France, and Britain, Bernstein argued that the state was neutral, and workers could vote in their interests and gradually elect a socialist society into being. Bernstein argued that no longer did the revolutionaries need to propagate anti-capitalism or preach the overthrow of capitalism, but that they should simply push to “build socialism one step at a time” by winning key reforms, and building alliances with liberals.

Lenin argued that under capitalism, the state is dominated by capitalist "by direct corruption of public officials, and by an alliance between the government and the stock exchange." (The State and Revolution)

Under One Wing Or Other

Lenin agreed that workers naturally do rise up against the system that represses them, as Mao Zedong later said “where there is oppression, there is resistance.” Lenin argued that when workers do rise up against the capitalists, it is the duty of the revolutionaries to provide the leadership to this resistance so that it may transform itself from a reform movement to a revolutionary movement.

Lenin argued that without any leadership, the natural resistance movements would find themselves aligning "under the wing" of one group of capitalists or another, not fighting in their own interests as a class. Lenin maintained that because workers are raised in a capitalist society that they hold a capitalist consciousness. Though they have genuine resistance and contrary sentiments, their first instinct will be to think within the confines of capitalist ideology and the capitalist system. So, their resistance will lead them to voting for liberal candidates, trying to pass more progressive legislation, etc.

Lenin argued that a party was needed that would prevent the broad movements of the workers from being co-opted by the capitalists, and transform them into revolutionary anti-capitalist struggles. Lenin argued that a revolutionary party could lead workers into organizing in their own interests, as opposed to siding with one section of the capitalists. He famously stated that without the education provided by a revolutionary party, the workers movement would not go beyond "basic trade union consciousness."

Lenin also argued against the “terrorists.” This was a group of radical socialists in Russia, often associated with Anarchism. This element of the revolutionary movement felt that they need not include the people in revolutionary activity, but that their small isolated sects could smash capitalism with “adventurist” acts of bombing, assassination etc.


Lenin argued that it was the duty of the revolutionaries not to fall into this trap. Lenin criticized the terrorists for their lack of understanding of what motivates people to radical activity, and their insensitivity to the conditions of workers. He argued that if daily life in Czarist Russia was not enough to motivate revolt, mere acts of terrorism would not do so, either.

This classic text essentially lays out the Marxist-Leninist strategy of revolution. It lays out how to lead the masses of people in their struggles for survival, power, and better conditions, and at the same time educate and mobilize the people to reach beyond day to day conditions and demands and transform basic resistance into struggles demanding “the whole pie” by smashing the entire system, and replacing it with socialism.

If one seeks to understand what it means to be a communist, and what communists do to build socialism, this book is a necessity. Much of the communist/socialist movement is dominated by elements that either have no involvement in the class struggle at all, and simply act as “debating societies” and “theoretical discussion groups”, or with groups that do intervene in movements, yet while doing so simply merely align themselves with the liberals and do not seek to break workers free from the leadership of capitalists and the capitalist mentality.

“What is To Be Done?” answers the basic question many are asking. Many in the U.S. are currently seeing that there are problems with the capitalist system, and that it is necessary to overthrow it. However, they do not know how to act toward such a goal. Some who are anti-capitalist are reduced to suicidal, deranged acts of terror. The unemployed worker who recently flew his airplane into the IRS building was the very kind of action Lenin criticized among the “Terrorists” of Russia.

The various anti-capitalists who find themselves buried in the dead end of the Democratic Party that betrays them at every opportunity are modern re-incarnations of the very "economists" Lenin criticized within the Socialist International, who forget that without a revolutionary solution and “revolutionary theory” a base to overthrow the system cannot be built.

With so much potential and public opinion in opposition to capitalism, many are asking themselves and others the basic question “What is to be Done?” If they need answers, Lenin’s text from 1902, is happy to provide the answers that worked in Russia, China, Cuba, Venezuela, Bolivia, and everywhere else that had a sucessfull socialist revolution, and accomplished what currently is desperately needed in the United States, a socialist revolution.

Spain, where class collaboration led to the triumph of fascism can show the dangers of economist revisionism. The failed attempts of the Weather Underground of the U.S., the "Red Army Faction" of Germany, and the various other isolated radical sects that began ineffective bombing campaigns can attest to the failure of the "terrorists" that Lenin criticized as well.

As Lenin put it in the text:

We are marching in a compact group along a precipitous and difficult path, firmly holding each other by the hand. We are surrounded on all sides by enemies, and we have to advance almost constantly under their fire. We have combined, by a freely adopted decision, for the purpose of fighting the enemy, and not of retreating into the neighbouring marsh, the inhabitants of which, from the very outset, have reproached us with having separated ourselves into an exclusive group and with having chosen the path of struggle instead of the path of conciliation. And now some among us begin to cry out: Let us go into the marsh! And when we begin to shame them, they retort: What backward people you are! Are you not ashamed to deny us the liberty to invite you to take a better road! Oh, yes, gentlemen! You are free not only to invite us, but to go yourselves wherever you will, even into the marsh. In fact, we think that the marsh is your proper place, and we are prepared to render you every assistance to get there. Only let go of our hands, don’t clutch at us and don’t besmirch the grand word freedom, for we too are “free” to go where we please, free to fight not only against the marsh, but also against those who are turning towards the marsh! 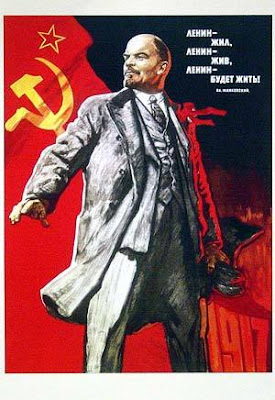