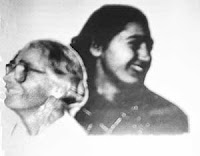 Hilda Bell Roberts, born in 1915 and raised in Philadelphia of immigrant parents, a lifelong progressive activist and a volunteer nurse in the Abraham Lincoln Brigade during the 1936-1939 Spanish Civil War fighting against fascist dictator Francisco Franco, passed away in the San Francisco Bay Area last Sept. 23. On Jan. 29, in her honor the Berkeley Fellowship of Unitarian Universalists held a special showing of the Academy Award-nominated documentary film, “Forever Activists: Stories from the Veterans of the Abraham Lincoln Brigade.”

Following the film there was a special advance showing of a portion of a 1986 interview with Hilda from the Abraham Lincoln Brigade archives. Hilda, who lived in Berkeley, has already been greatly missed at local progressive rallies and demonstrations, which she had continued to participate in until the very last few months of her life, despite suffering from a very rare form of blood cancer that affected her mobility and ability to remember but against which she waged a courageous struggle.

— Report and photo by Joan Marquardt
at 6:54 AM