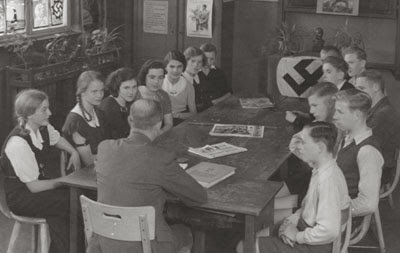 Las Vegas, NV - A teacher at the Northwest Career and Technical Academy is on suspension through Christmas for telling students that the Holocaust never happened.

Lori Sublette allegedly also told them last month historic photographs were doctored, text books are inaccurate, and that the Nazis lacked the technology to kill so many people.

"I was blown away," says Henderson Rabbi Sanford Akselrad. "When she distorts the Holocaust she not only insults the Jewish people but she sends the message to the students that history can be revised, distorted."

Action News went to Sublette's house hoping to get her side of the story.

However, a woman who was seen inside and overheard saying "there's someone at the door," refused to answer, even after repeated requests.

Officials with the school district say the curriculum specifically states that teachers must stick to what's in text books, which discuss the Holocaust in depth, and show evidence of it.

"This speaks to the heart of not only to Jewish identity but what it means to be a teacher and speak truth to children," says Rabbi Akselrad.

Akselrad says if these allegations prove true, Sublette should not be allowed back in a classroom.

After Sublette's alleged comments, several students received texts on their phones saying that someone related to [Adolf] Hitler would cut their throats if the message wasn't forwarded.
at 2:27 AM

Whenever we stand up to those who deny or minimize genocide we send a critical message to the world. As we continue to live in an age of genocide and ethnic cleansing, we must repel the broken ethics of our ancestors, or risk a dreadful repeat of past transgressions. We know from captured German war records that millions of innocent Jews were systematically exterminated by Nazi Germany - most in gas chambers. These facts have been proven repeatedly through countless thesis and dissertation research papers. Virtually every PhD in the world will stake their career on the veracity of known Holocaust facts. Despite this knowledge, Holocaust deniers ply their mendacious poison everywhere, especially with young people on the Internet. Such deniers have only one agenda - to distort the truth in a way that promotes antagonism against the object of their hatred, or to deny the culpability of their ancestors and heroes.

Museums and mandatory public education are tools to dispel bigotry, especially racial and ethnic hatred. Books, films and presentations can reinforce the veracity of past and present genocides. They help to tell the true story of the perpetrators of genocide; and they reveal the abject terror, humiliation and degradation resulting from prejudice. It is therefore essential that we disclose the factual brutality and horror of genocide, combating the deniers’ virulent, inaccurate historical revision. We must protect vulnerable future generations from making the same mistakes.

A world that continues to allow genocide requires ethical remediation. We must show the world that religious, racial, ethnic, gender and orientation persecution is wrong; and that tolerance is our progeny's only hope. Only through such efforts can we reveal the true horror of genocide and promote the triumphant spirit of humankind.