The fortune 500 company Disney-Pixar, and the History channel, several years ago produced a film called Nazi America. It was a made for TV documentary telling the history of “Nazism in the United States.” The film begins with the German-American Bund, and from there tells of George Lincoln Rockwell’s “American Nazi Party”, and finally William Luther Peirce’s “National Alliance” and the terrorist spin-off group “The New Order.”

To the film’s credit, if any can be given, they made it clear that Nazism is very anti-communist in addition to being Anti-Semitic and Racist, not jumping on the bandwagon of Jonah Goldberg’s contention that Nazism is a “leftist” belief system.

However, the film was greatly flawed in its history of U.S. Nazism, and at some points greatly inaccurate through the omission of key historical facts.

There’s Way More Than The Bund

The section of the film about the 1930s, only covers the “German American Bund,” and its previous incarnations such as the “Friends of New Germany.” The film fails to mention that there was a LARGE fascist and pro-Hitler movement in the U.S. that contained countless other organizations. The Silver Legion of America was pro-Hitler in its agitation, as was the Black Legion of Michigan and the Ku Klux Klan of the Southern U.S.

Charles E. Coughlin, the Pro-Nazi Clergyman, preached Pro-Nazi and Anti-Semitic rhetoric from the radio-waves to millions every Sunday evening in a pulpit provided by General Motors. Henry Ford distributed millions of copies of The International Jew to those who patronized his car dealerships, and newspaper tycoon William Randolph Hearst printed Pro-Nazi editorials in his countless publications throughout the U.S.

However, this Disney-Pixar produced, broadcast, and distributed film seemed simply to focus on the “German-American Bund”, a small band of German-Americans that never attracted more than a few thousand members.

The film never explored the “Liberty League”, a congressional caucus, and society of businessmen who said Roosevelt was a “Marxist” and attempted to overthrow him and install a Pro-Nazi dictatorship.

The coverage of the response to the German-American Bund was greatly lacking as well. Rather than pointing out accurately how the movement was led by the Communist Party and the Socialist Workers Party, both of which had numerous anti-Nazi protests including the meeting of the Silver Legion that was shut down by the SWP, the Anti-Nazi movement was characterized simply as “Jewish Americans,” a false and racist accusation if ever. Countless non-Jewish U.S. residents were outraged by Nazis and other Fascists, and took up guns and makeshift street fighting weapons against them. 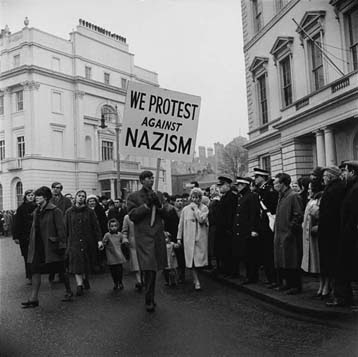 The “America First Committee” an isolationist, conservative group that was openly Pro-Nazi and opposed entrance of the U.S. into WWII received no mention in the film, despite the fact that the German-American Bund was very active within its ranks.

The Smith Act Prosecutions of fascists in 1943, in which the Nazis, unlike the Communists and Socialists charged under the same law, walked free in a mistrial, was never mentioned.

At one point when talking about the 10,000 Germans interned during WWII, compared to the millions of Japanese people, a German citizen proclaims “this was nothing compared to Mccarthyism.” A disgusting historical mis-characterization if ever.

The film shows how inside of these internment camps, Nazis were allowed to have rallies in support of Hitler, march with Nazi flags, eat “good food” from their country of origin, go swimming, relax, and enjoy themselves at the tax payers expense.

The film did not compare the treatment of these 10,000 Nazis with the internment of the Japanese who suffered horrifically in comparison, and were arrested on much lesser suspicions of any illegal activity.

The thousands of Communists jailed during Mccarthyism contrarily to the spas for Pro-Nazi U.S. citizens, got to go to Federal or State Prisons, where they were barred from reading anything remotely in support of their ideology and in some cases starved, tortured, raped, and beaten by other prisoners hoping to get parole through the “patriotic” act of brutalizing a “commie” prisoner.

Hundreds of political prisoners from the Black Liberation Army, the May 19th Communist Organization, the Black Panther Party, the Weather Underground, and other leftist organizations remain locked away in the U.S., where the guards can depend on the help of fascist gangs like the Aryan Brotherhood to do things that may have legal consequences for prison authorities.

The section on modern Nazism, is also loaded with the same problems of previous sections of the film. It shows only the “Hollywood Nazis”, a section of modern Pro-Hitler fascists who are few in number. These folks are known for marching in brown shirts, waving swastikas, and screaming racial epithets while getting defended by the ACLU on the basis of “Free Speech.”

The film did not mention the other wing of the Nazi movement in the U.S., that being the various “Paleo-conservatives” who openly speak in favor of Hitler, and use conspiracy theories about “Zionism” to justify all dislikable things about U.S. Society.

Pat Buchanan, MSNBC contributor and speechwriter for Richard Nixon, recently wrote and posted an article claiming Hitler “wanted peace” and “Socialists” in the U.S. government forced war on Germany for his website. David Duke, the Holocaust Denier and former Grand Wizard of the Ku Klux Klan, was a member of the U.S. House of Representatives as a Republican, and was recently interviewed on CNN.

Ron Paul’s Presidential campaign in 2008 was staffed by members of the Neo-Nazi movement to whom he gave winks of approval by his denunciation of the Civil Rights Act of 1964 and his support for “State’s Rights”, the slogan of the KKK and segregationist movement.

The Constitution Party of the U.S.’s 2008 Presidential Candidate, Chuck Baldwin, openly declares that the South should have been victorious in the civil war, and that Lincoln started the “march toward socialism” with the emancipation proclamation.

Clearly, Nazism has much more support in the modern U.S. than simply the likes of Hal Turner and Bill White, who parade in outlandish, silly, offensive costumes, saying disgusting things while thousands of police protect them from any possible retribution. Ironically, even open Neo-Nazi Hal Turner is now publicly acknowledged as FBI employee, who was supplied with airplane tickets, thousands of dollars in wages, and other benefits while preaching the merits of lynching on his radio program along with Holocaust denial and every racial and ethnic slur in the U.S. vocabulary.

Who fights Nazis? Only the JDL?

The Anti-Fascists of today were equally slandered in the modern section as in the section on the 1930s. The coverage of George Lincoln Rockwell, did not tell of how he was blocked from entering New York State after Workers World Party and Youth Against War and Fascism shut down New York City in 1963, or how the Socialist Worker’s Party beat him senseless in Boston led by Barry Sheppard.

The numerous Anti-KKK and Anti-Nazi protests shown in the film did not feature leftists, who traditionally lead the marches. Contrarily, a leader of the Ultra-Zionist Terror organization, the “Jewish Defense League” (JDL) was interview extensively, saying things to the effect of “anyone who slanders Jewish people out to be murdered.” The JDL also assassinates Palestinian activists, bombed the headquarters of the Black Panther Party, and attacked Workers World Party and Socialist Workers Party meetings with led pipes because they denounced Israel and Zionism. Are these right-wing Zionists the only Anti-Nazi activists that could be found for interview? 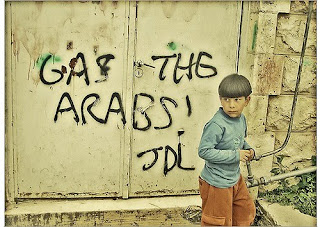 Such a characterization of the Anti-Nazi movement as being merely a movement of militant Zionists does great damage, and is exactly the image Neo-Nazis would like to present.

Overall, the piece clearly showed the class biases inherent in Disney-Pixar corporation. The film fit the current dialogue about fascism, as a small clique of right-wing extremists, not so different from the left-wing extremists, who show the “beauty” and “danger” of free speech in this “beautiful” “democratic” U.S.

The fact that countless capitalists have been pro-fascist and very few have been pro-Communist, shows that there is a clear interest in covering the real history Fascism in the U.S. as well as the movement to counter it among the workers and oppressed people.

Should we expect anything else from the class that Bankrolls Nazism to prevent the workers from taking power from them? I think not. 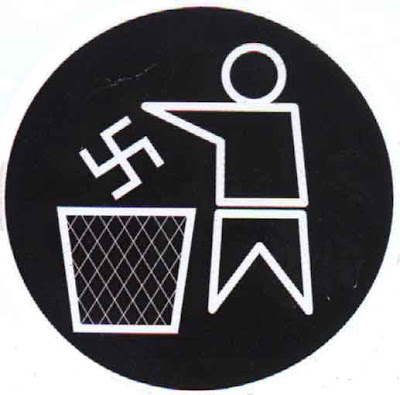