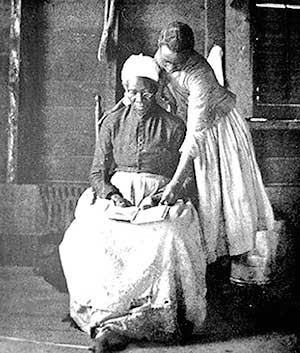 The right to education is under attack across the United States.

The American Association of School Administrators estimated “227,000 education jobs are on the chopping block for the 2011-2012 school year.”

College has become even more expensive. Since 2007 the University of Arizona’s tuition has doubled. It has increased by 40 percent at the University of California since the 2008-2009 school year. Racist Georgia politicians have prohibited undocumented immigrants from attending state colleges.

Taking advantage of Hurricane Katrina, and the horrible damage caused in New Orleans, government officials have privatized most schools there and turned them into charter schools.

The wealthy and powerful have declared war on public education. Billionaires aim to privatize schools under the name of “education reform.” Teachers are their first target.

One “education reformer” is Microsoft’s Bill Gates, who according to Forbes magazine is worth $56 billion. That’s almost twice the gross domestic product of Ghana’s 24.8 million people.

William Henry Gates III attended Seattle’s private Lakeside School with a tiny pupil-to-teacher ratio. But he doesn’t think class sizes of 35 students or more are a problem. Gates urged school administrations to “[identify] the top 25 percent of teachers and [ask] them to take on four or five more students.” (Washington Post, Feb. 28)

The Bill and Melinda Gates Foundation spent $373 million on education in 2009; $73 million was for “advocacy.” This “advocacy” was really anti-union propaganda and lobbying. It helped finance “Teach Plus,” which got supposedly rank-and-file teachers to testify in Indiana and other states in favor of eliminating union protection as a way to stop layoffs — a lose-lose proposition. (New York Times, May 21)

The struggle for public education in the U.S. was linked to the struggle against slavery.

It was a death penalty offense in most Southern states to teach enslaved people to read and write. The slave masters viewed literacy as dangerous as handing out weapons on a plantation.

Horace Mann was an abolitionist congressperson from Massachusetts who is often credited with establishing the state’s public school system.

Thaddeus Stevens fought almost single- handedly in the 1830s to defend and build Pennsylvania public schools. Racists still hate him for his support in Congress for Black freedom during the Civil War and Reconstruction. As Ways and Means Committee chairperson, he demanded arms and the right to vote for enslaved people. He also urged the break-up of plantations and giving the land to formerly enslaved people and poor whites.

Black struggle for schools in U.S.

Black people had to fight for centuries to get into U.S. schools. When the African Free School was established in 1787, it may have been the first free school in New York not tied to a church. Three formerly enslaved people opened the first school for Black students in Washington, D.C., in 1807.

By the start of the Civil War, there were 32,692 African-American students enrolled across the country. Black churches had formed Wilberforce University in Ohio, explains Lerone Bennett Jr. in his historic work, “Before the Mayflower: A History of Black America.”

Among the Black institutions founded was Langston College in Oklahoma. It was named after John Mercer Langston, who was Ohio’s first African-American lawyer and Virginia’s first Black congressperson. He was Langston Hughes’ great-uncle.

How can this history mean anything to Gates? Microsoft has a record of discriminatory hiring practices. It took a civil rights lawsuit to reveal that just 2.6 percent of Microsoft’s 21,429 employees in 1999 were African American. (http://www.faceintel.com/relatedclassactions.htm)

Billionaires need skilled workers, but they’re afraid of poor and working people who get an education. Their attitude is like that of Prussian serf-owner “Frederick the Great” more than 200 years ago, “If my soldiers were to begin to think, not one would remain in the ranks.”

Colonial regimes are among the worst examples. After 300 years of Dutch rule in the early 1900s, there were just 70 college graduates in Indonesia.

“Illiterates with the right attitude to manual employment are preferable to products of the schools,” declared Kenya’s British rulers in 1949, when three Kenyan high schools admitted only 100 African students annually.

Congolese leader Patrice Lumumba was barred from college and forced to take correspondence courses. His assassination on Jan. 17, 1961, was ordered by President Dwight Eisenhower. (Guardian, Aug. 20, 2000)

The Russian and Chinese Revolutions, and the liberation struggles that swept the planet, finally opened up some school doors. African students were allowed to attend U.S. colleges in hopes they wouldn’t enroll in Patrice Lumumba University in the socialist Soviet Union.

The first battle of the Cuban Revolution was to wipe out illiteracy. Conrado Benítez García, a Black teacher, was lynched by CIA-backed counterrevolutionaries for teaching peasants to read and write.

After the Soviet Union’s overthrow in 1991, Cuba lost most of its foreign trade. Despite this tremendous economic blow, not a single Cuban school was closed. Cuba saved its schools because of socialist economic planning. Today its Latin American School of Medicine trains thousands of doctors from around the world, including from poor U.S. communities.